This painting is from my Variations on a Theme on Sacred Places series of Encaustic paintings on 1.2mm Aluminium. The series grew from reading Theo Strehlow's Journey to Horseshoe Bend that includes Mounted Constable Willshires recounting of a gruesome massacre of a tribe  "among those great eternal rocks" using Martini Henry carbines. Ashley Crawford wrote an essay on the series; the essay opens with the para:-

"John Bartlett has moved into very dangerous territory in his latest body of work. He has moved into the realm of the sacred - itself potentially taboo - abstracted to such a degree that the average viewer will no doubt be dumbfounded. But despite this abstraction, a deeply haunting resonance seems palpable, bordering on the visceral and, for all their minimalist elegance, the violent".  He goes on to say "Bartlett's approach to the landscape, like Paddy 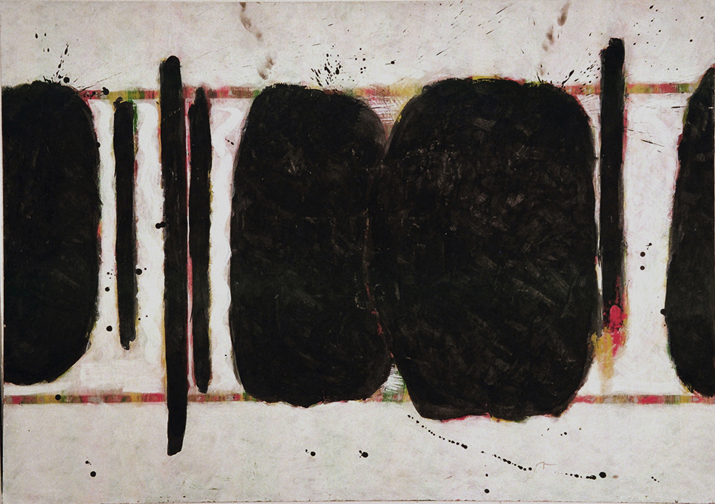 Bedford's is essentially minimalist. Stylistically both suggest the strong and bold object/spatiality seen in the work of American artist Phillip Guston and New Zealander Colin McCahon. Oddly, given the reality of the Australian landscape, few white artists, with the obvious exception of Fred Williams, have opted for such minimalism".
Posted by Unknown at 6:49 AM No comments: Links to this post